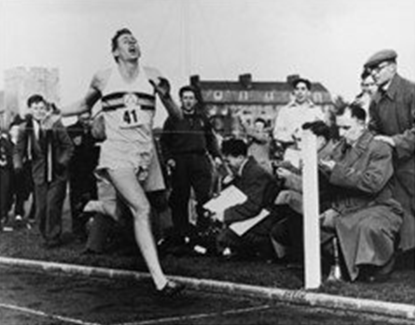 “….and you bleed just to know you are alive.”

This song lyric from, “Iris,” by the Goo Goo Dolls, has always been one of those lyrics that I sing out loud.  The rest of the song is very good, but this lyric is what I sing along loudly anytime I hear the song. Most of us have those. Often in a car alone or even sometimes with a crowd.

This lyric resonates due to the link to resilience. The intersection of fear and recovery; the crossroads of failure and success. It is at the edge that you find your edge.

Many of the baseball players that I worked with would deliberately work to develop calluses in spring training. The hitters would develop them on their hands for swinging the bat. The pitchers would develop them on their fingers for throwing the ball. Calluses develop when the skin is exposed to repetitive stresses or irritation for a long period of time. While the tissues that make up the callus are dead, the hardened matrix is resistant to mechanical or chemical damage.  Calluses thus become protective. If the players failed to sufficiently develop the calluses for the season to come, they would be battling blisters and soreness all season. Blisters and soreness would not only be undesirable but would lead to poor performance and possibly problems in the wrist, elbow and shoulder. Poor performance, for many, was the most dreaded of the possibilities.

The odds of a boy who plays little league baseball to be drafted into the major leagues is approximately .000025 percent or 1 in 200,000. To play at the major league level, the odds are1 in 1,000,000. The odds of becoming a Navy SEAL are approximately .0000008, or 1 in 8 million. These types of elite performances, and those even more elite, usually require both physical and mental calluses. In almost every scenario you will find individuals, volunteering again and again, to do something difficult, stressful and unrelenting; like intentionally developing calluses.